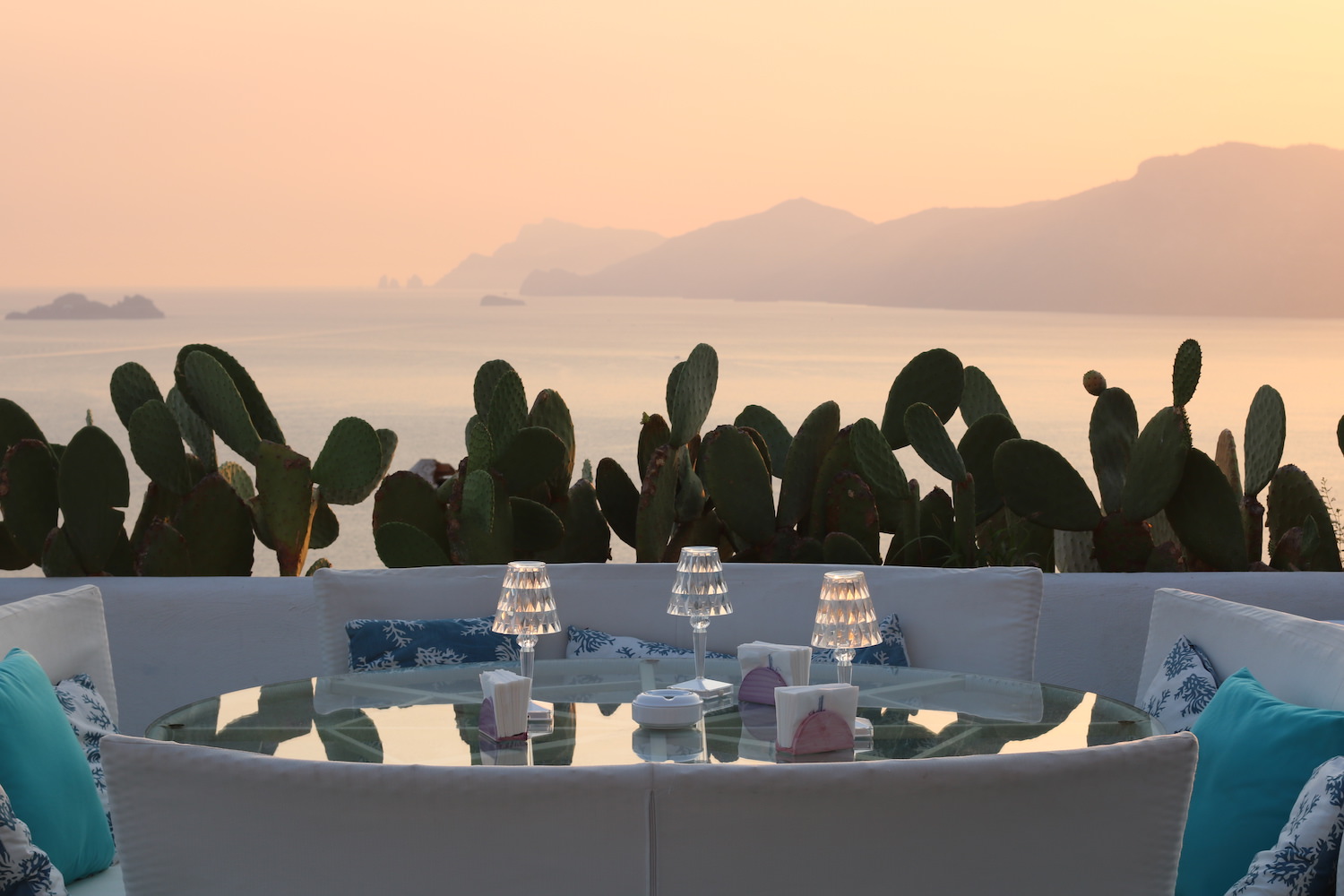 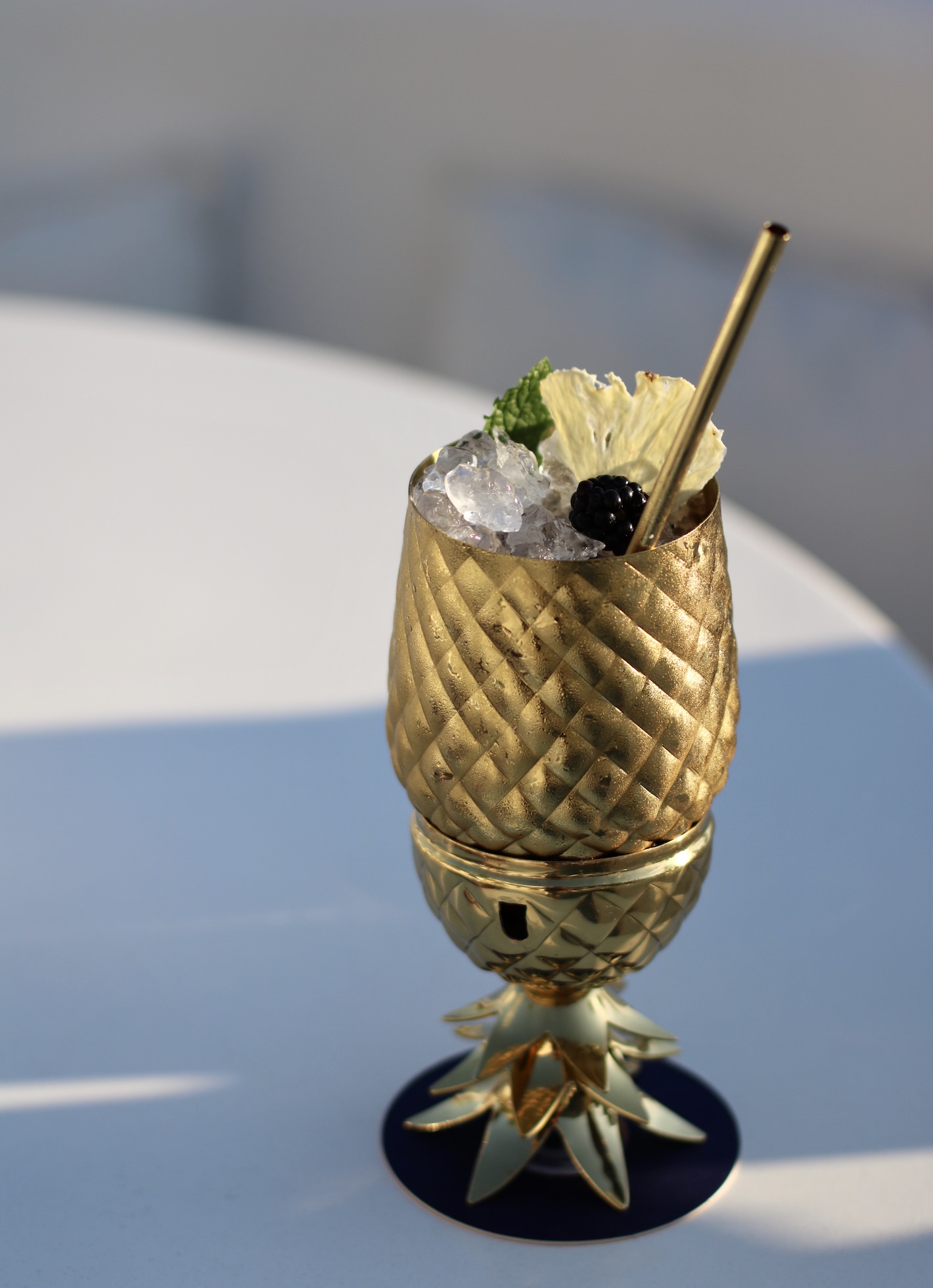 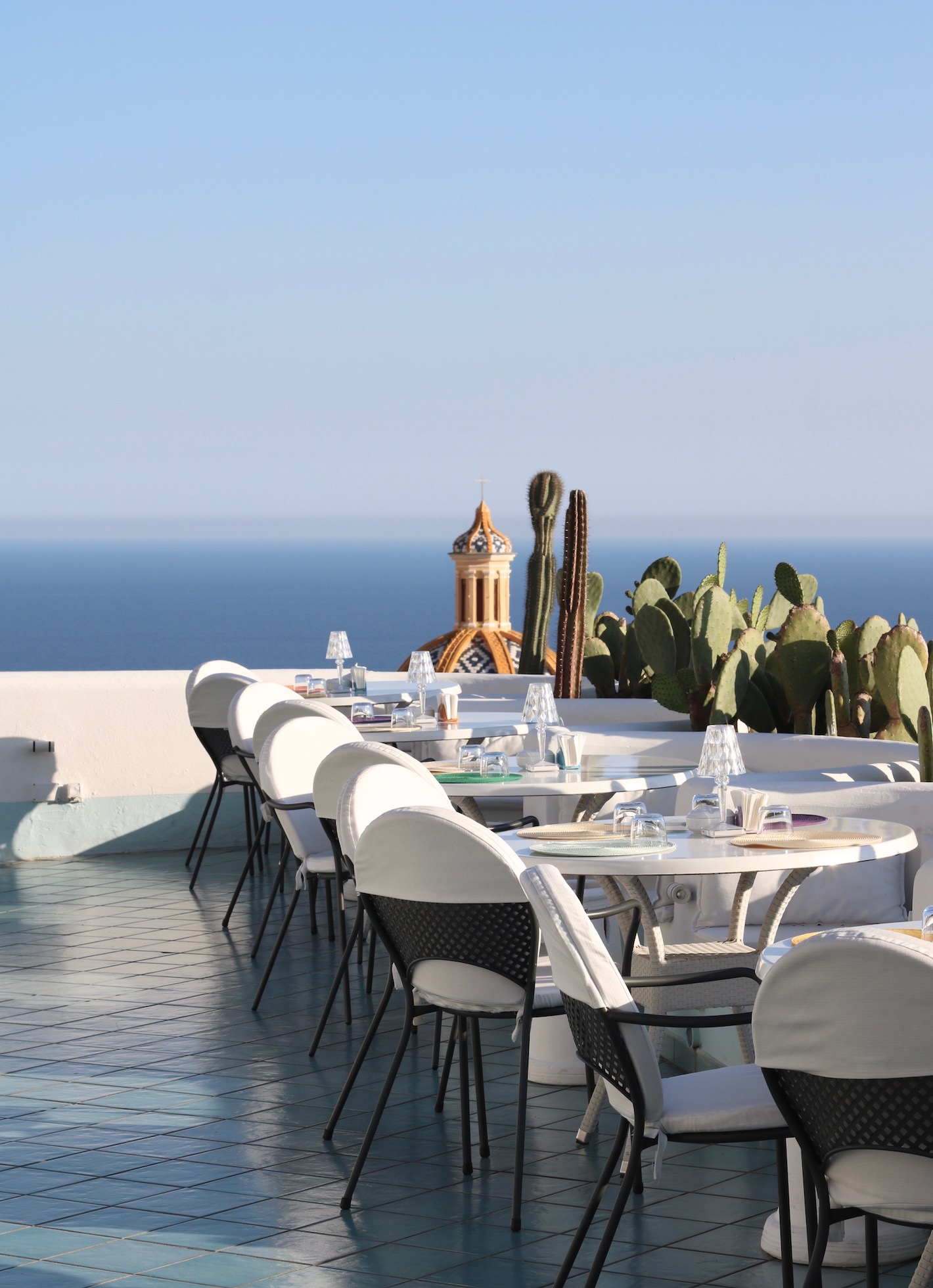 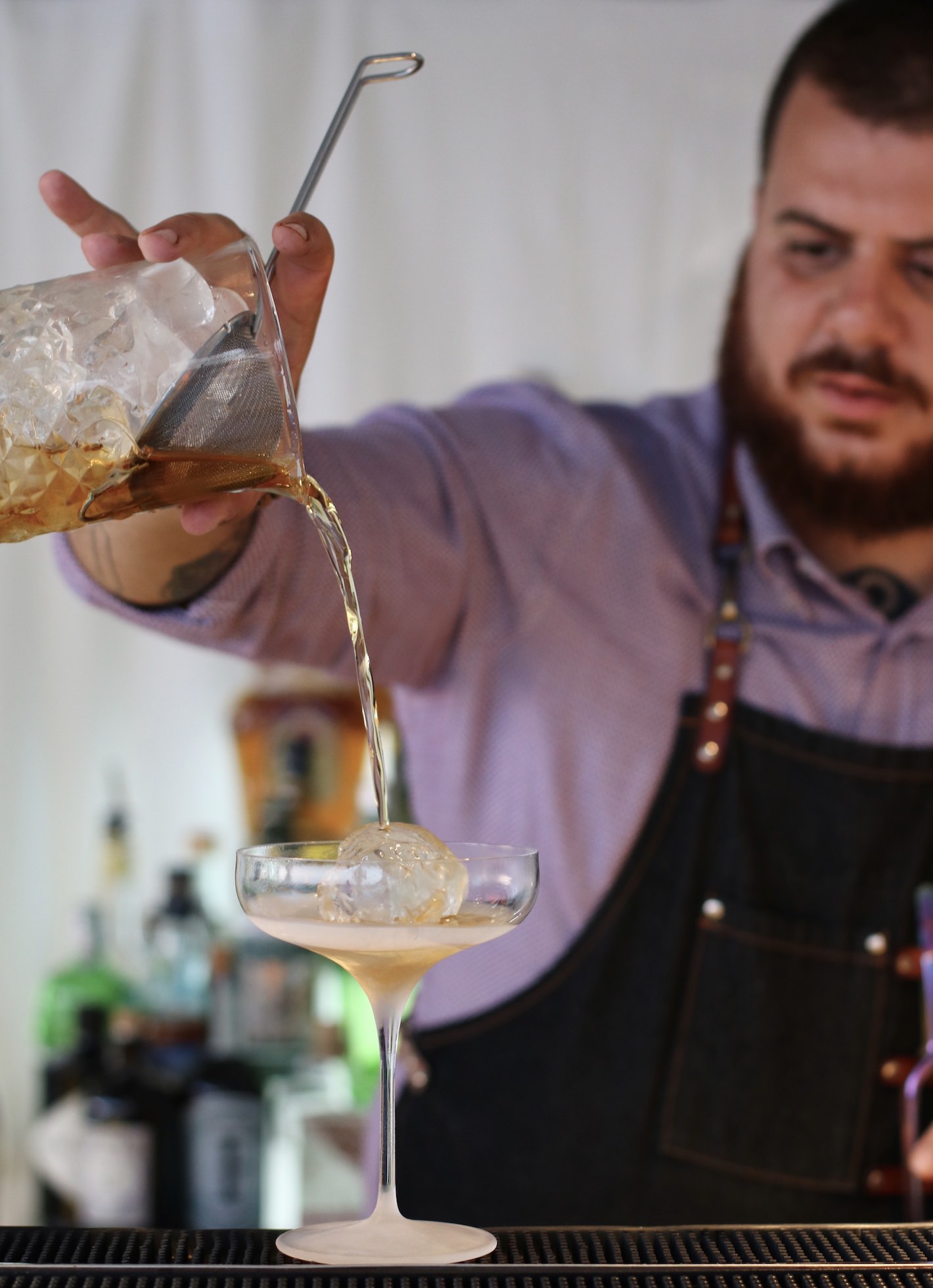 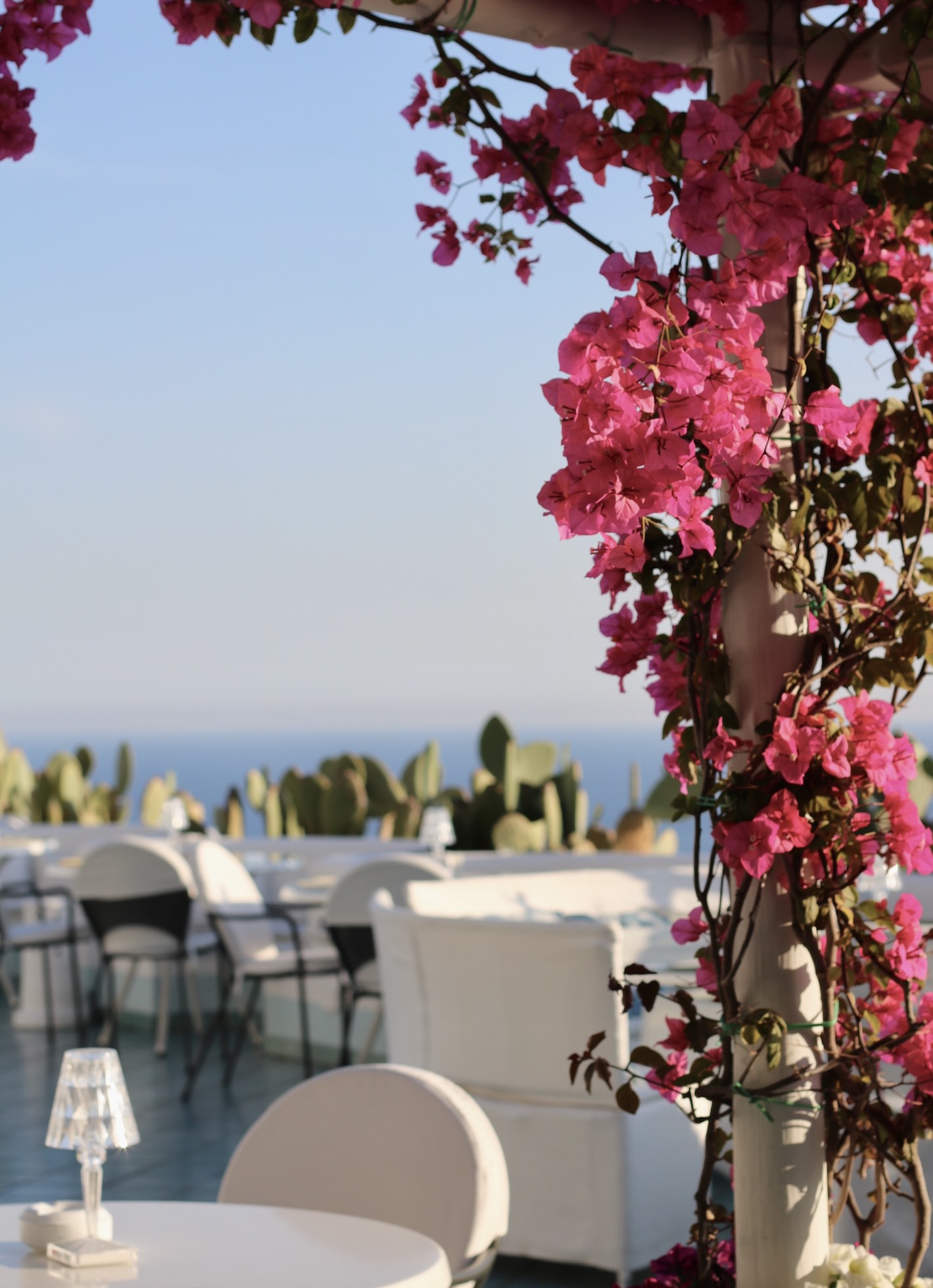 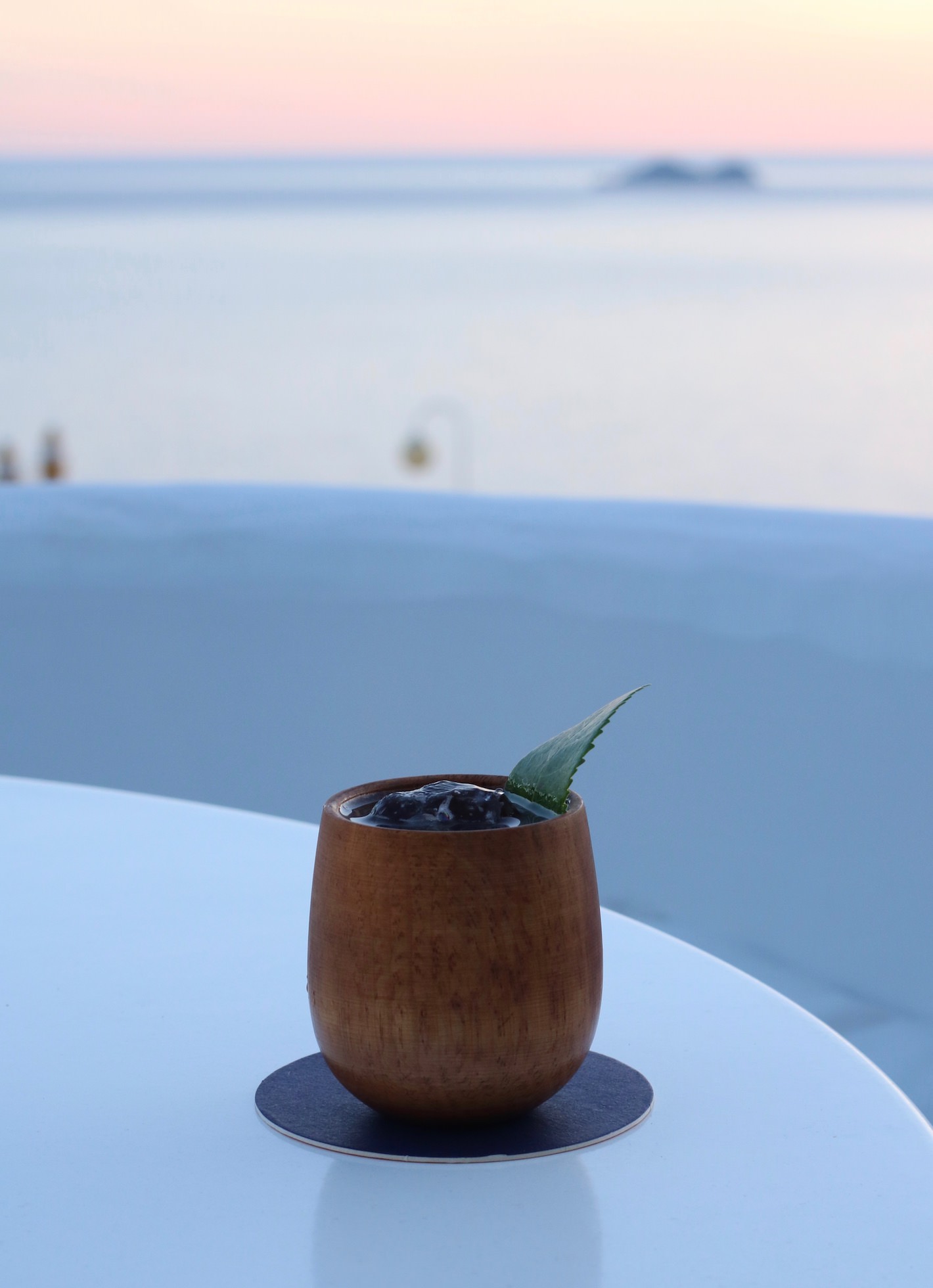 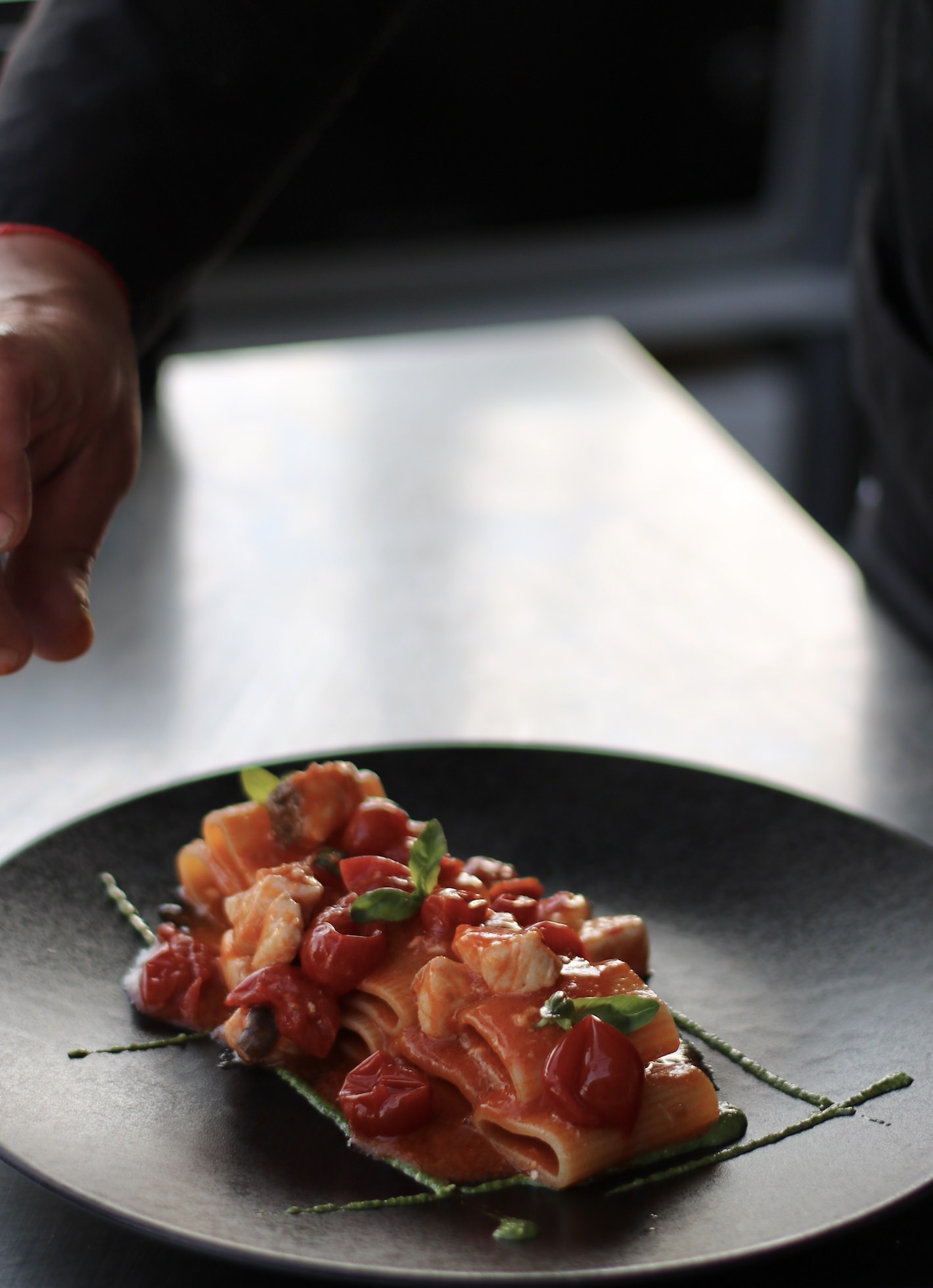 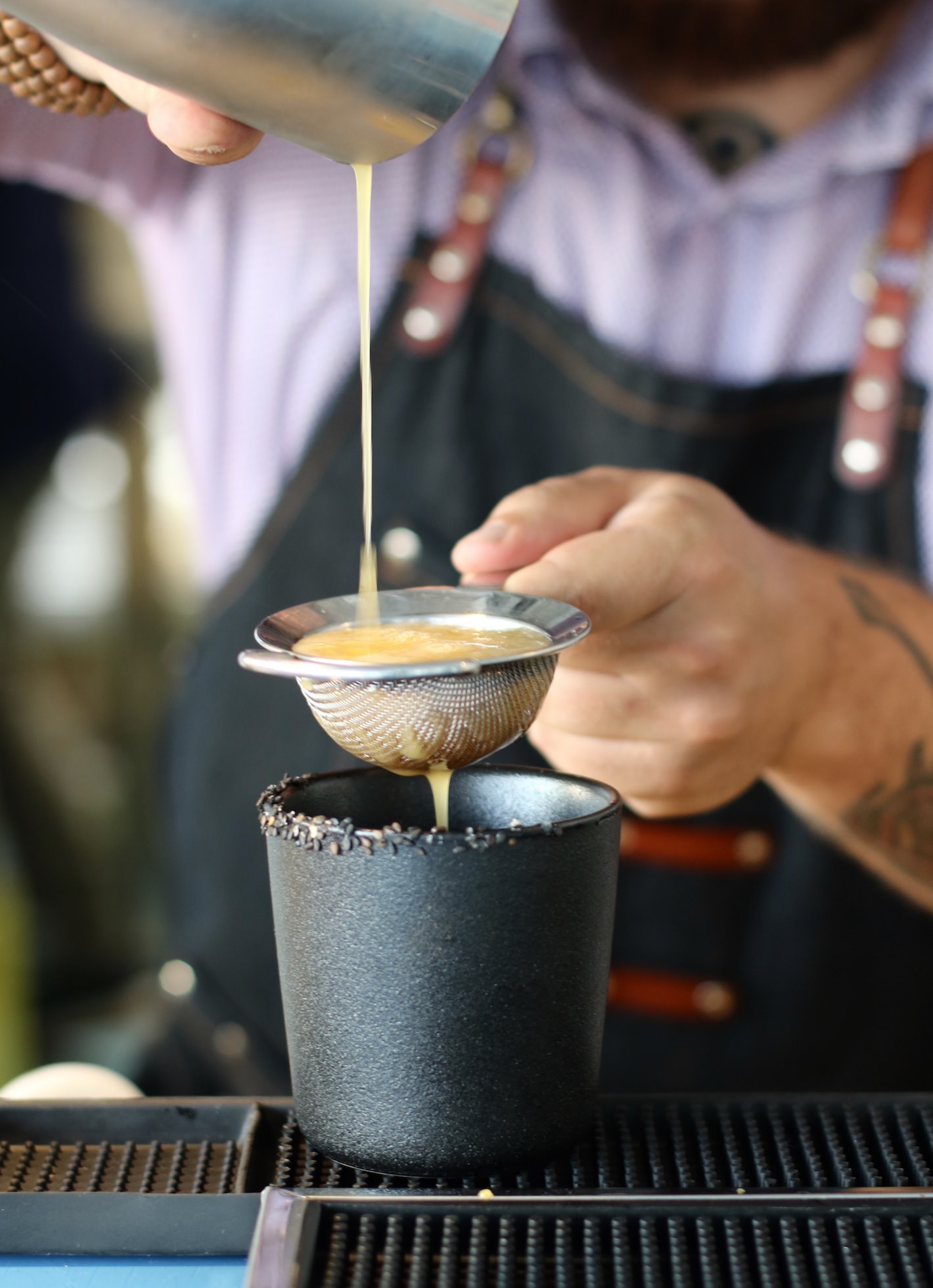 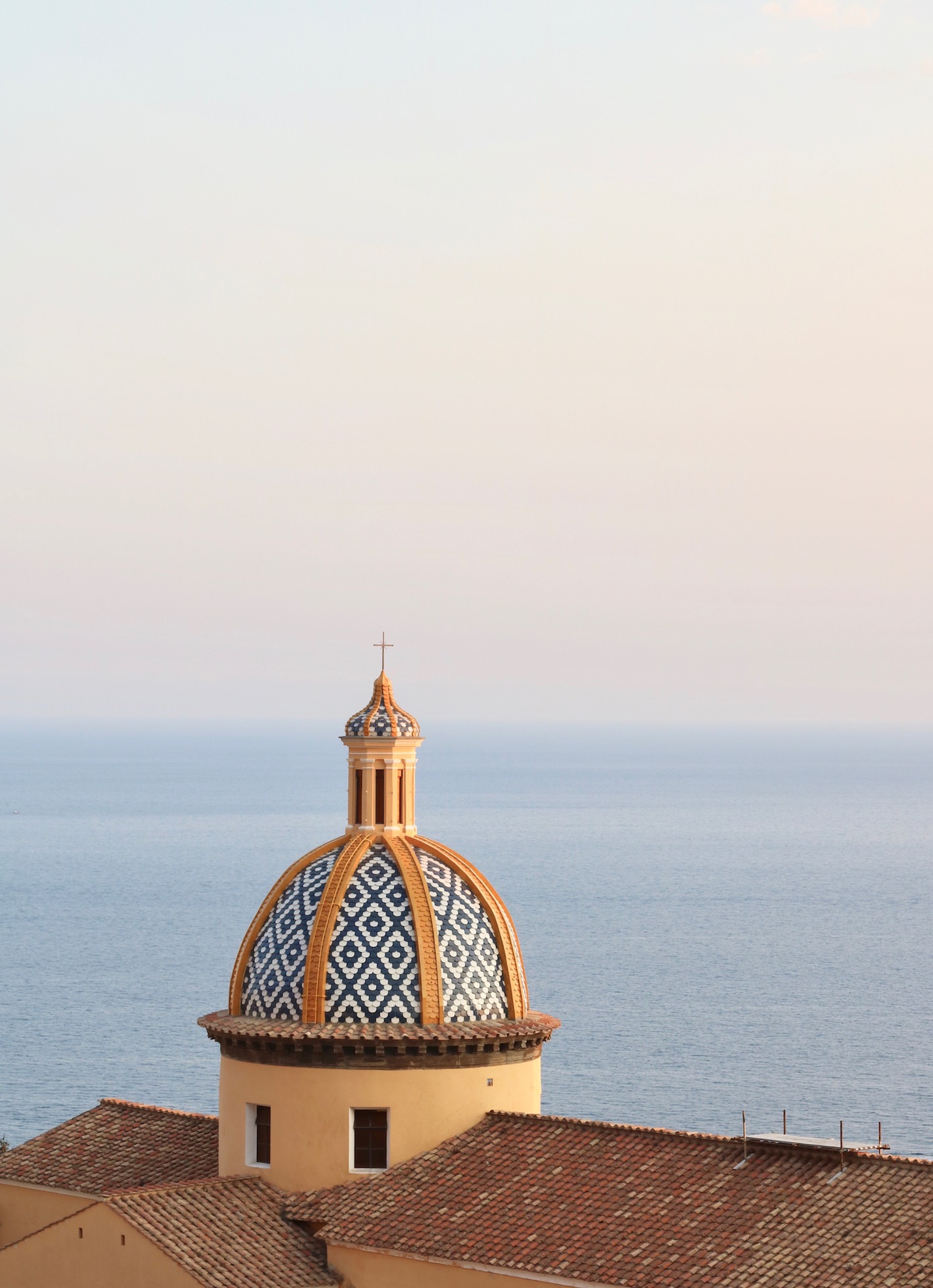 A view of San Gennaro from Voce 'e Notte.

There is no shortage of stunning views along the Amalfi Coast. Each town has its own treasure chest of locations awaiting to be uncovered. Sitting between the popular towns of Positano and Amalfi, is the beautiful charismatic town of Praiano, identified by its splash of white houses and centuries-old tradition as a fishing village. Within its treasure chest is a place that is simply awe-inspiring.

Voce 'e Notte Sunset and Grill Bar sits above Hotel Le Fioriere, its rooftop terrace awaits the delight of its guests, who upon arrival are absorbed by the surroundings. The mountains are immense, cascading into the sea creating a landscape that is both cathartic and precious. The horizon sits elegantly in the distance, decorated with a blanket of cactuses that stand on the outskirts of the terrace.

The cocktail list at Voce 'e Notte has been meticulously crafted by head barman, Federico, who is from Praiano. The soothing cocktails are aesthetically beautiful, making for a perfect picture frame when combined with the view. One of Federico’s favourite creations is the cocktail, Karim’s Gift, which was inspired by the film ‘Victoria & Abdul’. Federico explains his inspiration:

“In the film that inspired this cocktail, a servant named Abdul Karim forms an unlikely friendship with Queen Victoria of the United Kingdom. He tells her about his favourite fruit, the mango, which she had never heard of before and became intrigued to taste it one day.”

When it came to the ingredients, Federico had an interesting approach:

This approach to cocktail making has been influenced by a growing group of young mixologists on the coast who have honed their craft by travelling the world. “The cocktail scene has improved on the Amalfi coast”, explains Federico, “this is thanks to a new generation of bartenders, who left the coast a few years ago, to experience the cocktail scene around Europe, London mostly, learning as much as they could to bring back and become instrumental in the new born cocktail bars on the coast.”

The exchange between scenery, cocktails, and a carefully curated music playlist is remarkably subtle yet memorable. Luigi, the owner, draws from his expansive taste in music to provide a relaxed atmosphere where time seems to stop, unwilling to let these moments escape us. In the distance, a glimpse of the Faraglioni of Capri adds a cherry on top to what is one of the most cherished experiences on the Amalfi Coast.